From underground mines to underwater – Fluid Film does it all! 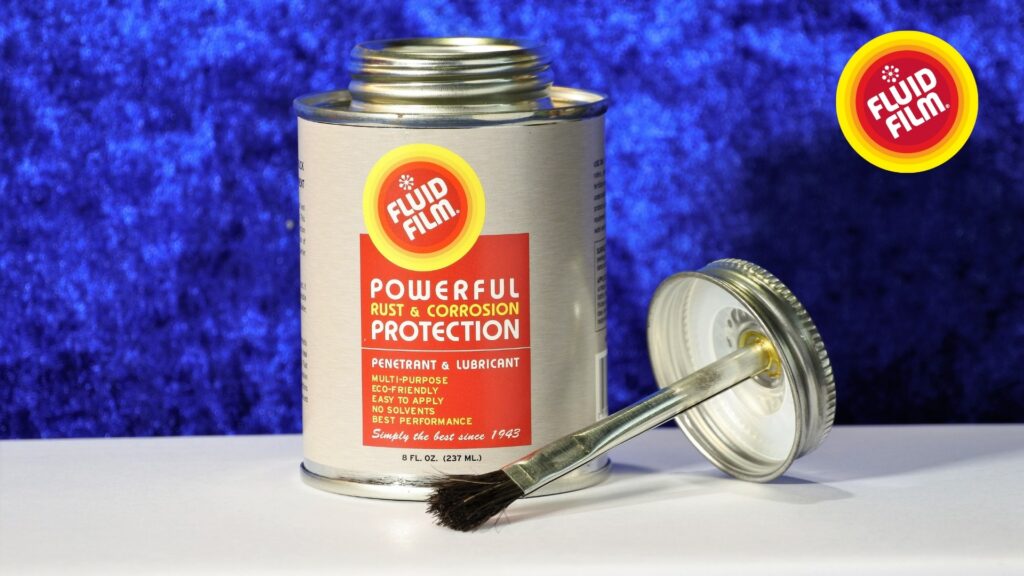 We’ve got a lot of Fluid Film fans out there, but we recently chatted with Tony who may just have been one of our first fans here in Australia!

He was part of a company advocating to get the solution approved for use in underground mines in the 1980s. “I discovered it then and have been using it ever since. Thirty-five years later and it’s still the best stuff around,” Tony told us.

Before Tony’s company put Fluid Film before the colliery management, the team were using silicone grease. “The problem was, the grease was galling the treads and wearing them out,” he explained.

“The metal parts of our machines would catch, stick and grind on each other but Fluid Film alleviated all that.”

In the mines, Tony was part of the team that helped manufacture flame-proof electrical enclosures. “We primarily used Fluid Film on the flame paths, nuts and bolts, under electrical fittings, adapters and the like,” he recalled.

How Fluid Film reacts when it comes in contact with fire was one of the biggest helpers when it came to getting approval to use the lubricant.

“The flame path needs to be wide enough so that it won’t let the fire ignite any gas that may be present,” Tony explained. “If you’ve got rust and build up, that changes the size of the path which means there’s more chance of ignition.”

To avoid rust build up, a bolt covered in silicone grease (the only lubricant they had before discovering Fluid Film) was run back and forth through the path, often catching and binding up. Tony said Fluid Film was a much more effective alternative.

Since then, Tony’s used it regularly around his home. Living on the beach for almost 15 years, he was no stranger to the harsh effects of the salt water and ocean breeze.

“My old Suzuki was complete with a range of competitors products but once I added Fluid Film to the mix, it outperformed them all. Especially when it came to dissimilar metals like stainless steel bolts into mild steel fittings, Fluid Film makes sure there’s no reaction.”

“It’s so easy to get water in your equipment and all the reel grease the fishing companies supply goes hard after a few years. So, I put some Fluid Film on my egg-beater reels and none of them have ever seized up.”

“After a while they wear down the alloy parts inside the reel, but if you cover it with the lubricant they slide right over. It’s good for a little bit of everything but I think our greatest success was on an old pressure-pack.”

Tony says he and a friend tested a little Fluid Film on their wind-up caravan after the mechanism had rusted shut.

“It hadn’t worked in 15 years and all of a sudden it came free and was working again!”

Tony says after every use they hose down the trailer, getting rid of dirt and dust, then reapply some more Fluid Film before storing the caravan for the next trip. “Then you know it’s ready to face the elements again.”

“I’ve got a gallon of grease and a gallon of liquid here – had them for years and they still haven’t run out or hardened up,” Tony said. “Plus, with the lanoline base, it’s straight off the sheep’s back so it’s 100% natural!”.

To try the Fluid Film difference for yourself, order a free sample today. Or get in contact with our professional team to learn more about the amazing Fluid Film solution.

anti-corrosive, anti-rust, Fluid Film
Previous Post
New Fluid Film customer excited to see the rust prevention results!
Next Post
Hazardous chemicals are out! Chemical substitution is in – which is why Fluid Film is the perfect solution
You must be logged in to post a comment.
Menu